After attending the Wine Festival in the Hills this past weekend, I’m considering rebranding myself as a wine and food blogger. I’d have to pay more attention to detail, which might prove tough, as I seemed to be too busy shoving my face with deliciousness, but I think I’d be successful.

Kidding aside, this event hosted by Elkwater Lake Lodge and Resort, in the Alberta side of Cypress Hills, was one for the books. As I often point out, I love it when multiple businesses work together to create awesomeness.   The Lodge, chefs, wine providers, breweries, and Alberta Parks staff all played an important role in pulling off a fantastic weekend. 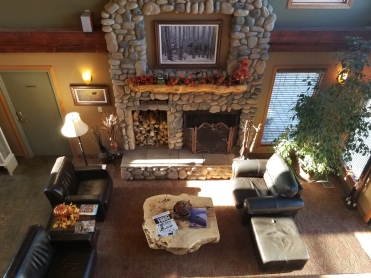 I arrived at the Elkwater Lake Lodge early, and took advantage of the pool and hot tub before it was time to go greet the guests. It was my job to introduce the chefs and beverage providers, as well as make sure people knew what time to be where.

The first evening started with Kyle from Andew Hilton Wine and Spirits out of Lethbridge providing the wine “tasting.” ( It was a generous tasting!)  He won over the crowd right away with his wit and knowledge.  His way with words kept our attention, even as the wine pouring continued. 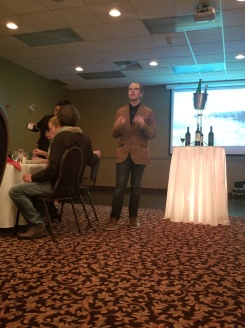 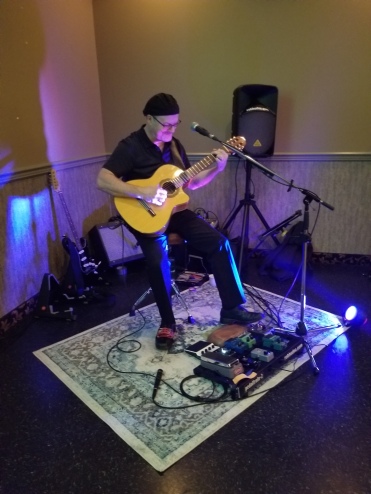 Chef Jordyn Winzer, from The Shop Café and Catering in Maple Creek, Sk, wowed us with a buffet of hors d’oeuvres and Rob Hudec entertained us with his musical skills.  There were smiles and laughter all around as the group mingled and socialized.

The next morning was met with a mix of excitement, tiredness, and the odd hangover. A three course breakfast was served in Buglars Dining Hall and most people enjoyed champagne and mimosas.  ( I may not have been one of those people) 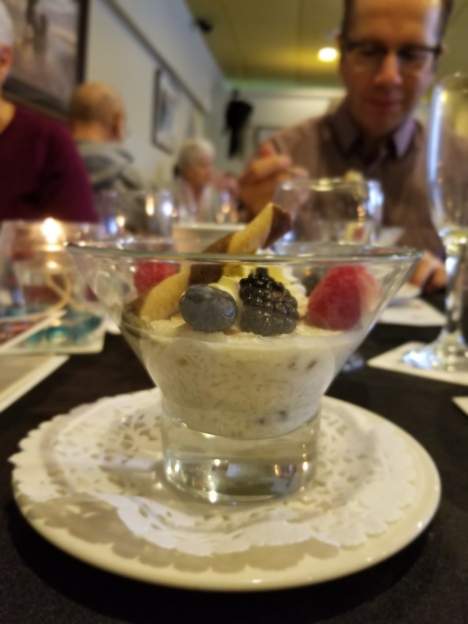 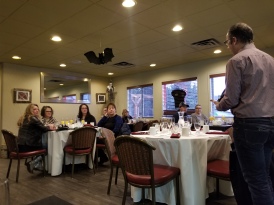 The hike that followed was just what the doctor ordered. The weather was starting to act up, but the paths through the trees kept us sheltered as Chris, from Alberta Parks, led us on an interpretive walk. By the time the hike was done, we were refreshed and ready for the beer tasting. 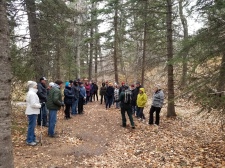 Trevor, from Blindman Brewing in Lacombe, was set up with multiple craft beer  to sample.  I am not a beer drinker, but actually enjoyed all of the choices that I tried.  We were set up in Camp Cookhouse, a restaurant local to Elkwater, and after the beer sampling, we were treated to a buffet made by Becky, the chef.  There were three dishes to choose from and we ended the meal with a big slice of root beer spiced parsnip and beer cake.

Next, there was spare time to enjoy the park or to have a nap and prepare for the second evening.  The weather was getting colder and snow was falling, so I decided to take advantage of the cozy fire place in my suite.

In preparation for the seven course meal to come, I picked out the stretchiest clothes I could find that were appropriate for a fancy dinner. As we sipped our first glass of wine for the night, we reminded each other to drink water in between!

Kyle was back with another large selection of wines. He joined our table and it was fun watching him taste the food to see if his wine pairing was the matche he’d hoped it’d be.  With only an email to describe the food, there was margin for error in his planning.  He explained how you don’t want either the food or wine to out- do the other.  With dessert, you want the wine to be sweeter, so he chose an ice wine to go with the chocolate cake.  In my “expert” opinion, the wine pairings were spot on. 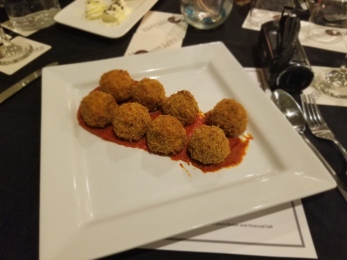 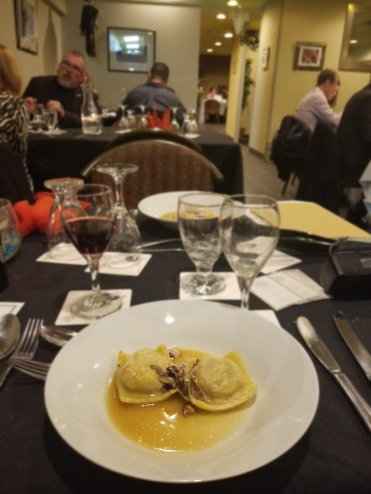 Chef Jordyn, once again, really impressed everybody. The food was 5 star and everything was served promptly and efficiently.  The salad, hor d’ oeuvres, soup, pasta, fish, and duck were the perfect mix of flavours and textures.  I’m not sure I could pick a favourite, but the mushroom ravioli rabbit confit, pumpkin chorizo risotto bites, and asparagus soup with blue cheese were top on the list for me.

By the 6th and 7th courses  we were starting to be strategic with how much to eat.  My stretchy pants were feeling tight, but when that Diablo Flourless cake with Pink Peppercorn and Black Berry came out, I still managed to eat almost the whole slice.

The entertainment for the evening was a duo called Taking August. They were really unique and had beautiful voices.  The crowd was a bit quieter than the first night, but we still had a lot of fun.  We couldn’t stop talking about how great the food and drinks had been.

Breakfast the next morning was buffet style, so people trickled in randomly. I sat and drank multiple cups of coffee while visiting with new friends.  You know it has been a good event  when you are hugging people good bye that you just met.

Thanks again to Cypress Hills Destination Area for sending me, and to the staff at Elkwater Lake Lodge for being excellent hosts.  I’m now planning how I can manage to attend this event next year!